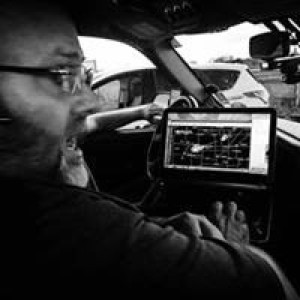 Though he passed nearly two months ago, our hearts are still hurting over the loss of a valued member of the KSStorm.Info team -- Steve Boleski. As we enter storm season we offer a look at some of the chasing photos Steve was able to take over the past four seasons.

st has been quite some time coming. We learned of Steve Boleski’s death from COVID-19 just as we were gearing up for coverage of the Valentine’s day snow storm. There have been so many times since then that I’ve been driving and had thoughts of Steve come to mind. I can’t imagine his family’s loss, as I did not grow up in a family with such a loving, generous, kind patriarch. Our Texas chase last month would have been something Steve would have been all over, and I caught myself a number of times thinking “man, if Steve could only see this” … a thought I’m sure will happen several times this year.

I remember first meeting Steve before a chase to (where else) Western Kansas in 2017. We were introduced by a mutual friend, and I remember thinking “ok, so I’ll humor the guy and let his friend with an interest in storms come along for a chase.” Little did I know at the time the depth of the man I’d meet. And I only knew part of Steve — it was only last season that our friendship deepened — Steve was with me every chase day last year, and all but two of them he and I were the only ones along. One of those trips, to western Oklahoma and the Texas panhandle, was the first time I’d gotten to meet and spend time with Steve’s wife Kris.I think she’d always been a bit worried about Steve’s fascination with storms.

As I approach my 30th wedding anniversary I am saddened that his untimely death means he and Kris will never celebrate their 30th.

All that said, I was still only scratching the surface of who Steve was. His obituary (screen shot from Downing and Lahey Mortuary taken 04 April 2021) shows just how blessed Kris and the kids were to have Steve in their lives.

As you look through the site, Steve’s photography forms the background of much of what you see. The galleries below are by year:

We began to chase together more, and the variety of situations we found ourselves in expanded.

This was a year of fantastic imagery, much of it from my birthday storm which produced a long-track tornado from near Fowler to near Spearville. But even our first outing of the year had some really sweet images, and it was Steve’s first use of his lightning trigger. Another chase day in much of Stafford county produced some things none of us had seen before, along with some great lightning shots near Dillwyn.

…and I get THIS in an email titled I Need a Storm!

As we all know, the 2020 season was pretty dead. We chased anything that looked like it would generate a popcorn fart (official meteorological term….not). There wasn’t much photogenic until ten days starting May 13. Some nice structure shots would be our catch on the 13th, and on the 21st we would document multiple landspouts — some of which we didn’t realize we were seeing in real-time!

This is the only video Steve ever sent me..from the landspout day south of Syracuse.

The last photos I would receive from Steve were some beautiful Milky Way shots taken in mid-July:

Steve’s presence will always be felt on the team. Our hearts remain with Kris and their family.

Grey skies with a few showers will be the weather story to finish out the workweek, but the payoff is a beautiful weekend. We are also closely monitoring what appears to be the first significant severe weather threat of the season for the state.

A high-quality forecast, we were on the storm of the day, and made multiple reports to NWS Dodge City. Numerous photos and videos of the storm in the article…

Though he passed nearly two months ago, our hearts are still hurting over the loss of a valued member of the KSStorm.Info team — Steve Boleski. As we enter storm season we offer a look at some of the chasing photos Steve was able to take over the past four seasons.